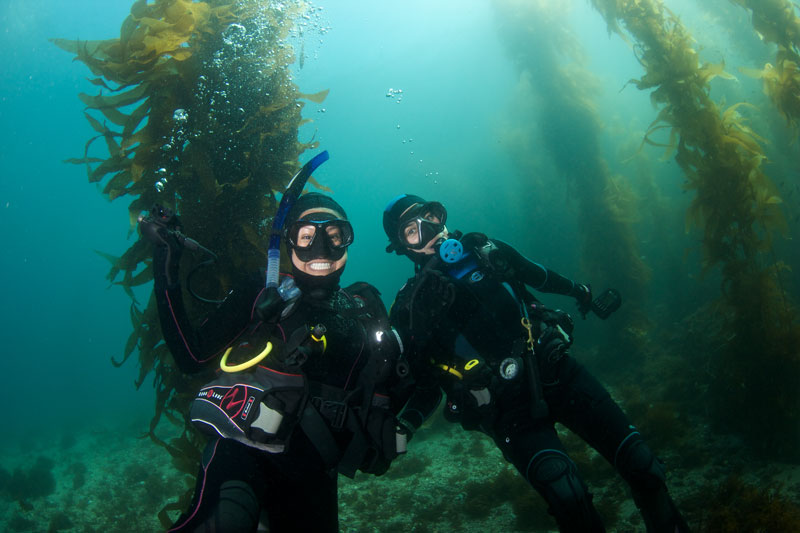 Farnsworth Banks is a gem of a dive on the back side of Catalina. It’s got amazingly purple hydrocorals and larger than normal fish everywhere.  It’s a deep dive with sometimes heavy current so only Advanced Divers can come along. It is definitely one of the best dive sites in Southern California though and, on average, we only run this trip once a year so don't miss out the next time it comes around!

Here's what Tunille (one of the divers on the trip) said about Farnsworth:

"The most beautiful California dive I've ever done."  That sums it up rather nicely, don’t you think?

On our last excursion one of our divers described it: "Purple Hydrocorals were abundant, as were nudibranchs, eels and big Lingcod. At least one diver encountered a “large” Mola Mola."

Typically after 1-2 dives the boats will move around to the front side for some more incredible Catalina diving!

See you next time!