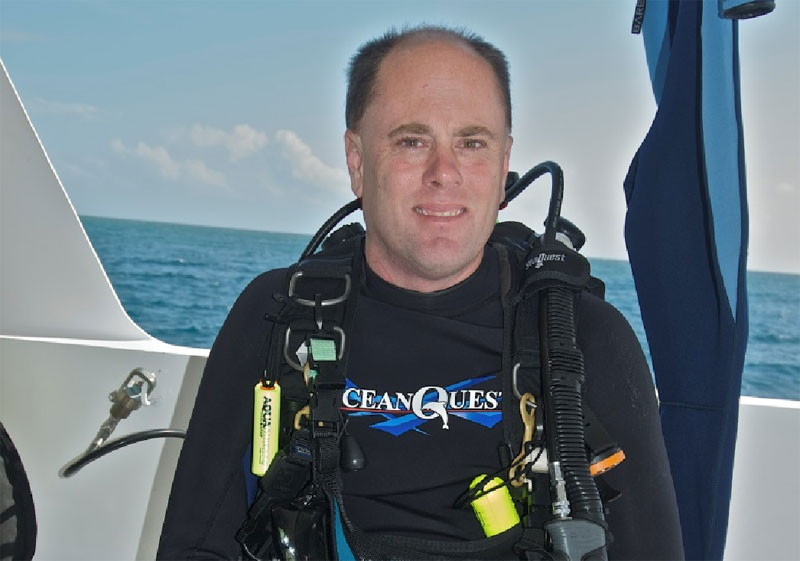 Eric started diving because his wife and some friends of were going on a cruise. So in June of 2003, he got scuba certified. After the cruise and some great diving; he was hooked! He started taking more and more classes. He had to figure out how to get to dive for free - so in 2004 he became a Divemaster.  Shortly thereafter, he became a PADI instructor and has been actively teaching ever since! He likes to teach young people (or young at heart) the most; it's that look in their eyes after the first open water dive when they've seen something cool that he loves the most.

When not teaching he spends a lot of time with his family; he has two kids that swim like fish and love the water.